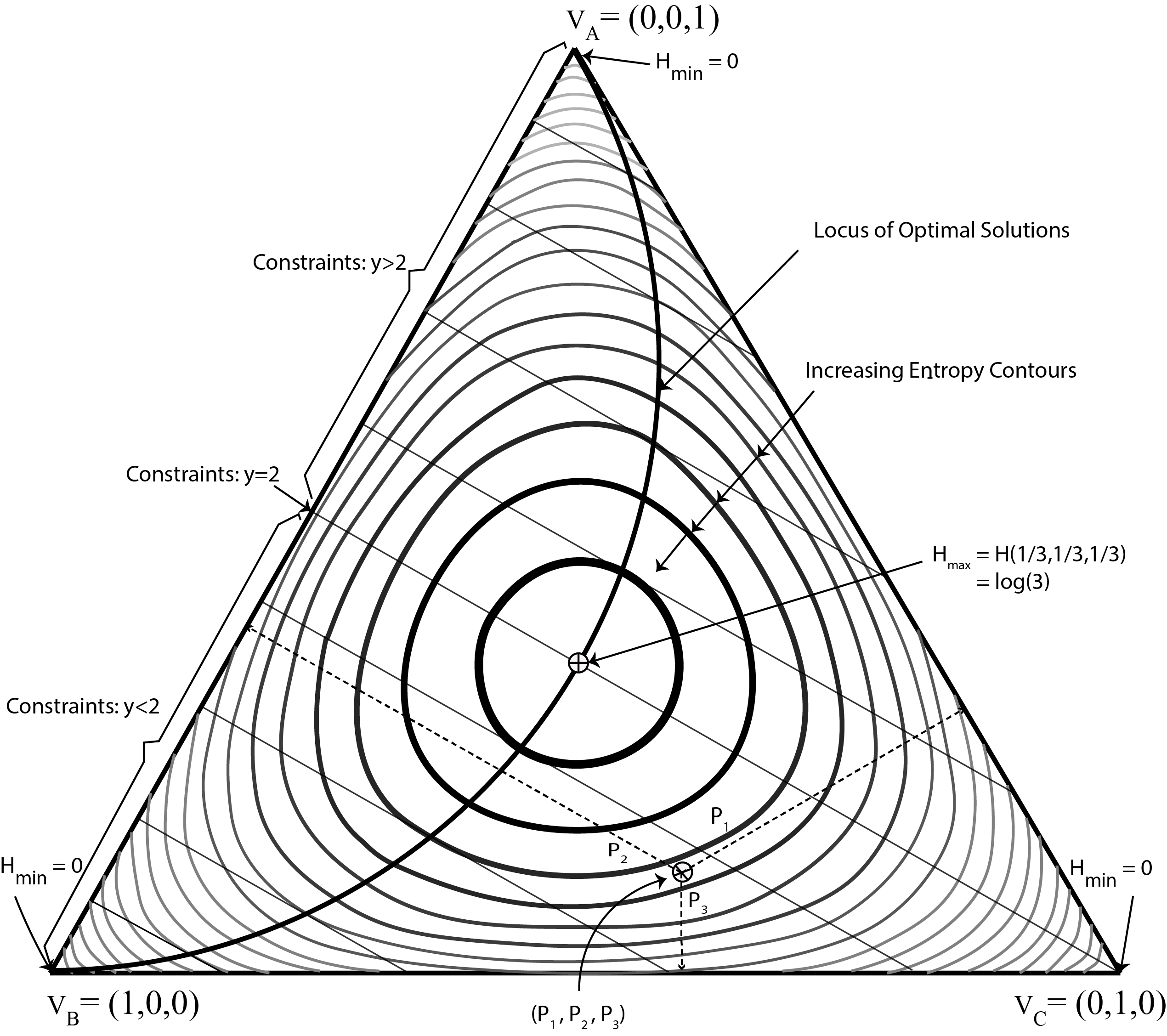 (Color Version of the Three Sided Die Problem and Solution)

The Problem: Consider a discrete random variable with three possible values: 1, 2 and 3. We call it a three-sided die. We know the mean value after playing the die for many games. We call this mean y. We want to infer the probability of the next outcome.

This example presents the solution for different values of y. It is a simplex representation of the maximum entropy solution for a discrete probability distribution defined over three possible events. Here it represents a three-sided die with values of 1, 2 and 3. The vertices VB , VC , and VA are the extreme distributions (1, 0, 0) , (0, 1, 0), and (0, 0, 1) respectively for 1, 2 and 3.

Every point inside the triangle is a distribution where the values correspond to the distances from the sides VA VC , VB VA and VB VC respectively, and normalized such that Σpk = 1. The midpoint is the uniform distribution (1/3, 1/3, 1/3). It has maximal entropy of log(3). The contours connect distributions of equal entropy. The straight lines are the linear constraint set for different values of y for. Contours far away from the center have lower entropy with an entropy of exactly zero at each one of the three vertices.

Before experimenting with the interactive example, you may want to study the static version of the example.